Stormy February in the 24/7 Control Room 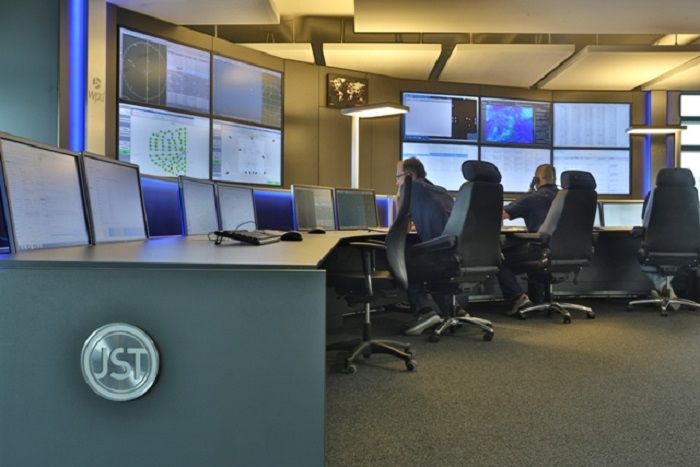 February 2020: A whole series of storms hit Germany from the Atlantic. The most prominent one, storm front Sabine, causes chaos with heavy squalls. Public transport is temporarily paralyzed, schools are closed, and even a German Bundesliga soccer game is cancelled. With Victoria and Yulia, more storm fronts follow immediately. Much to the delight of the wind industry. In February alone, wind turbines feed around 20.7 billion kilowatt hours into the German power grid. New record value. In the same period in 2019 the figure was only 10.8 billion kWh.

Things are also turbulent at the wpd windmanager 24/7 control room in Bremen. With peak speeds of 33 to 34 metres per second, Sabine, Victoria and Yulia sweep through Europe in February. The impact is high – both on the wind turbines themselves and on the control room staff at the Bremen headquarters, who monitor all turbines worldwide and around the clock.

High Season in the 24/7 Control Room

„In the control room, fast reaction times are the be-all and end-all,“ explains Marc Rosenkranz, head of the 24/7 control room. „In stormy times all the more so. Because the higher the load on the plant and its technology, the greater the probability that something might actually happen. With such a high wind volume, downtimes result in significantly higher losses“.

„The built-in telecontrol saves enormous amounts of time and money.“

Great advantage for the control room: In some wind farms, for which wpd windmanager takes over the operational management, a telecontrol system is already installed. If a fault occurs in the wind farm, the turbines have to be switched on again. Thanks to the telecontrol technology, however, no field service is required for this. After consulting the network operator, the control room staff can reconnect the network connection point and thus reactivate the turbines directly from the headquarters in Bremen. This saves enormous amounts of time and above all money. Generally, the wind farm is put back into operation immediately after a malfunction. If a fault occurs on a weekend, it can take several days before the wind farm is fed back into the grid by the grid operator or a field service. In windy February 2020, even supposedly short downtimes already have a significant effect on yields. 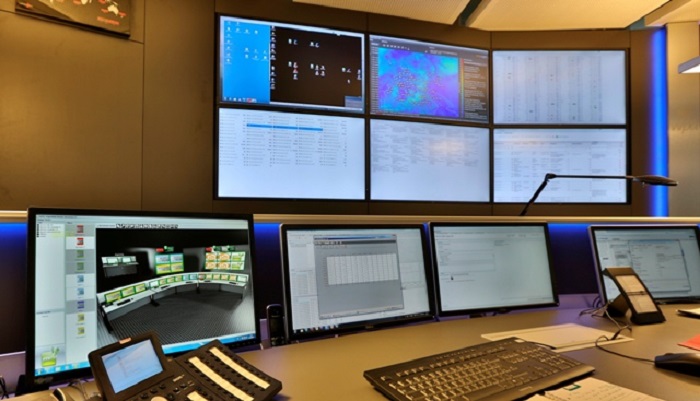 Errors in the wind farm

If a malfunction occurs and a turbine comes to a standstill or a wind farm loses its connection to the grid, troubleshooting begins in the control room. “ Most of the malfunctions we had in February were due to overload reactions,“ explains Heiko Schierloh, from the 24/7 control room staff. „This type of fault pattern can be caused in the plant itself or, for example, in the substation or transfer station. Usually a protective switch is released and the wind farm is disconnected from the grid. This can happen, for example, due to excessive output caused by gusts of wind, or because of another fault.

One cause can be the wind farm cabling. „In two wind farms, for example, we had ground leakages,“ explains Schierloh. Due to the high load, a socket (cable connection) was defective and all the turbines in the park came to a standstill. In such situations it is important to locate the fault as quickly as possible so that at least the rest of the park can be reconnected. „In these two cases, the sockets were defective. Our wpd windmanager’s own cable test van was then used in the respective wind farms. We were able to locate the faults and repair the sockets immediately so that the entire wind farm was quickly back in operation,“ explains Rosenkranz.

The marten and the accident

In addition to ground leakages or released protective switches, there were also a few specific incidents in February. „For example, a marten was up to no good in a wind farm and there was a malfunction between the transformer station and the transfer station,“ says Schierloh. „We were able to put the plant back into operation the next day. Things didn’t end so well for the marten.

„In the event of an average, the damage would quickly run into millions.“

In another wind farm, a fault suddenly occurred in one turbine, which had in the past already led to an average for this type of turbine. „Our employees immediately noticed this sequence of faults and so we were able to intervene immediately and prevent greater damage,“ explains Rosenkranz. „In the event of an average, the damage would quickly run into millions.“ After an intensive fault analysis with the technical manager and the expert for this type of turbine, the turbine was put back into operation the following week.

At that time, the storm fronts Victoria and Yulia were just starting to hit…